If there were a Hall of Fame for political rhetoric, the phrase “social justice” would deserve a prominent place there.

It has the prime virtue of political catchwords: It means many different things to many different people. In other words, if you are a politician, you can get lots of people with different concrete ideas to agree with you when you come out boldly for the vague generality of “social justice.”

Justice Oliver Wendell Holmes said that a good catchword can stop thought for 50 years. The phrase “social justice” has stopped many people from thinking for at least a century — and counting.

In short, what does the phrase mean in practice — if it has any concrete meaning? In political and ideological discussions, the issue is usually whether there is some social injustice.

Even if we can agree that there is some injustice, what makes it social?

Surely most of us are repelled by the thought that some people are born into dire poverty, while others are born into extravagant luxury — each through no fault or virtue of his own.

If this is an injustice, does that make it social?

Whose fault is this disparity or injustice? Is there some specific society that caused this? Or is it just one of those things in the world that we wish was very different?

If it is an injustice, it is unjust from some cosmic perspective — an unjust fate, rather than necessarily an unjust policy, institution, or society.

Making a distinction between cosmic justice and social justice is more than just a semantic fine point. Once we recognize that there are innumerable causes of innumerable disparities, we can no longer blithely assume that either the cause or the cure can be found in the government of a particular society.

Anyone who studies geography in any depth can see that different peoples and nations never had the same exposure to the progress of the rest of the human race.

People living in isolated mountain valleys have for centuries lagged behind the progress of people living in busy ports, where both new products and new ideas constantly arrive from around the world.

If you study history in addition to geography, you are almost forced to acknowledge that there was never any real chance for all peoples to have the same achievements — even if they were all born with the same potential and even if there were no social injustices.

Once I asked a class of black college students what they thought would happen if a black baby, born in the middle of a ghetto, had entered the world with brain cells the same as those with which Albert Einstein was born.

There were many different opinions — but no one in that room thought that such a baby, in such a place, would grow up to become another Einstein. Some blamed discrimination but others saw the social setting as too much to overcome.

If discrimination is the main reason that such a baby has little or no chance for great intellectual achievements, then that is something caused by society — a social injustice.

But if the main reason is that the surrounding cultural environment provides little incentive to develop great intellectual potential, and many distractions from that goal, that is a cosmic injustice.

Many years ago, a study of black adults with high IQs found that they described their childhoods as “extremely unhappy” more often than other black adults did. There is little that politicians can do about that — except stop pretending that all problems in black communities originate in other communities.

Similar principles apply around the world.

Every group trails the long shadow of its cultural heritage — and no politician or society can change the past. But they can stop leading people into the blind alley of resentments of other people.

A better future often requires internal changes that pay off better than mysticism about one’s own group or about “social justice.” 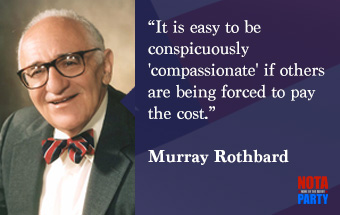 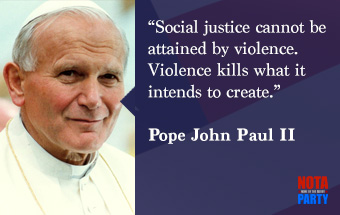