Providing protection is a key responsibility of the federal government, and so, maintaining a state of readiness for the military is a priority. But, that state of readiness has to be based on reasonably expected needs not fantasy.

Yeah sure, military hardware looks cool. Tanks and ships and fighter planes are all super badass, but in most cases this hardware is more about padding the pockets of the contractors and industries that have grown around their construction and less about protection. It is not in our national interest to go roaming the globe looking for bad guys to overthrow, nations to rebuild, or people to ‘liberate’ at the point of a gun. Our primary mission is ‘protection’ of the United States of America, and the plain truth of the matter is that the risk of military attack by any other nation against the USA is exceedingly small.

The military budget and scope must be cut drastically to reflect this reality.

All the talk about military spending supporting the economy is just gibberish. Sure the F-35 Fighter program spent billions, but those are billions that could have and would have been spent on something else.

First of all, overseas bases. Hundreds of them, in Japan, Germany, South Korea, Italy, and so on. These nations are modern, prosperous, peaceful, and perfectly capable of taking care of their own defense. There is no reason that the American Taxpayer should be financing and staffing them.

When a German town learns that a U.S. Military base is scheduled to close they get worried, but not about being invaded, no, no, they get worried about losing customers for their local tattoo parlors, bars, restaurants, and dry cleaners.

Think about that. U.S. taxpayers are paying to support German tattoo artists. Is that in the “national interest?”

Many installations in Germany have already been closed, but there are still 37 active. One of them is an $80 million dollar hotel built in 2004.

Is that defending your freedom?

Secondly, the Army needs to be drastically downsized. There is no reason to maintain an active infantry, because we are getting out of the “boots on the ground” business. If and when a need for a mobile infantry is required, the need will be filled.

Air Force, goes into maintenance and reconnaissance mode. Calling in air-strikes on unconfirmable targets from afar is not an effective use of air power. Spending billions of dollars on Fighter aircraft that have no expected mission is an exercise in wastefulness.

The Current US Navy maintains as much tonnage in ships as the next 9 nations combined. That’s plenty lead enough for the time being. 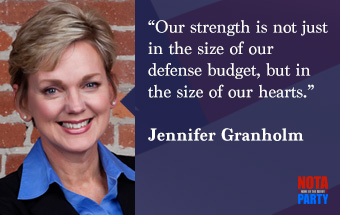 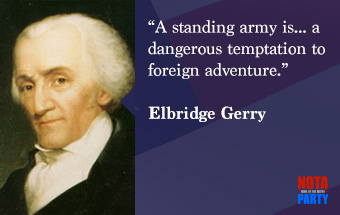 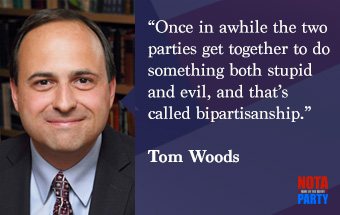